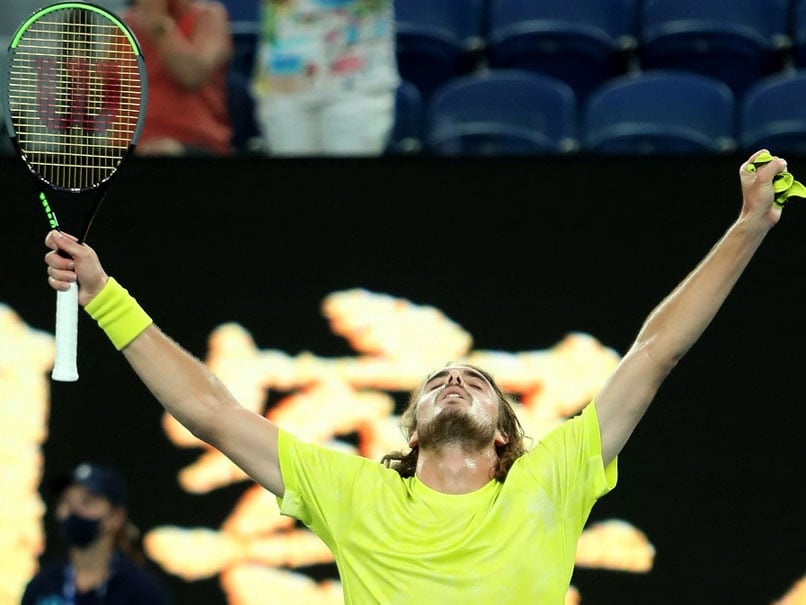 
World number six Stefanos Tsitsipas was pushed to a marathon five sets by wildcard Thanasi Kokkinakis on Thursday, before making the Australian Open third round. The popular Greek star dropped only four games in his first-round match, but faced a far sterner challenge from the 267th-ranked Australian. He finally came through 6-7 (5/7), 6-1, 6-1, 6-7 (5/7), 6-4 but needed 4hr 32min to get the job done at Rod Laver Arena. “I just want to have an ice bath right now,” said a relieved Tsitsipas.

“He is a great competitor, a great fighter and it was very difficult facing him today. He has a great serve and all the weapons from the baseline. Was a hell of a day.”

Tsitsipas went into the match as hot favourite, having demolished Gilles Simon in his opening match and never having lost a Grand Slam match to a player ranked as low as Kokkinakis.

He has a solid record against Australians, with Nick Kyrgios, who was watching in the stadium, the only one to ever beat him.

But Kokkinakis, who has been plagued by injury and illness during his career, fought hard.

With the home crowd becoming ever more vociferous in their support, he gave as good as he got in a close first set, with both players trading blows in long rallies and big serves.

The Australian saved two set points at 4-5 and took it to a tiebreaker, where he prevailed on the back of a Tsitsipas double fault.

But the Greek’s superior firepower and fitness came to the fore in the second set, and by the third Kokkinakis appeared to be running out of steam, unable to match Tsitsipas’ consistency.

He found a second wind, though, in the fourth set and after saving a match point at 4-5 took it to a fifth, buoyed by the energy of the crowd.

However, Tsitsipas’ unrelenting return on serve wore him down and he got a decisive break in fifth game as Kokkinakis tired.

Tsitsipas, into the third round for third successive year, is looking to better his 2019 effort when he made the semi-finals, beating Roger Federer before losing to Rafael Nadal.