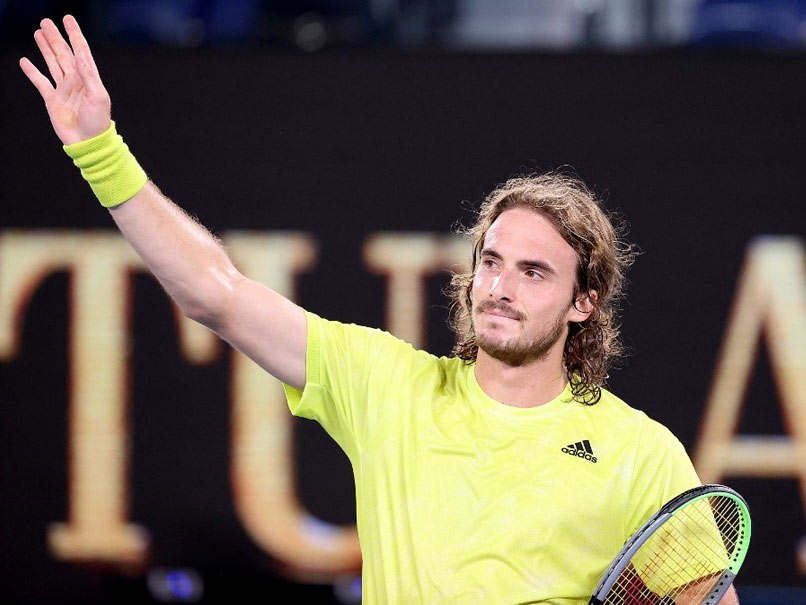 
Impressive fifth seed Stefanos Tsitsipas cruised past Frenchman Gilles Simon for the loss of just four games to kick off his bid for a maiden Grand Slam title in emphatic fashion Tuesday. The 22-year-old Greek overwhelmed the veteran 6-1, 6-2, 6-1 on Rod Laver Arena to set up a second round clash with Australian wildcard Thanasi Kokkinakis, who cruised past South Korea’s Kwon Soon-woo. “I obviously wasn’t expecting it to come so easy, it was a great match from my side,” he said, to good-natured jeers from the crowd.

“I think I played a spectacular match from the beginning to the end.

“My level is good so far, I feel good with my service game, I’m returning really well, so I think I get the upper hand from the very beginning, which gives me a lot of confidence.”

Tsitsipas got off to a flyer, dominating the baseline rallies to take the first set in just 25 minutes as Simon, 36, floundered.

He didn’t let up in the second, pushing the Frenchman around the court with his groundstrokes and capitalising on Simon’s weak second serve.

Simon, in his 15th Australian Open and quarter-finalist in 2009, did his best to delay the inevitable but he could not stop the fired-up Greek wrapping up the match in just 92 minutes.

Some of Tsitsipas’ most exciting moments in his short career have come at Melbourne Park, stunning Roger Federer en route to the semi-finals in 2019 before being beaten by Rafael Nadal.

He only managed the third round last season, falling to Milos Raonic in straight sets, with a deeper run on his mind this year.

Kokkinakis is next up, a player he has often practised with.

“He seems like he’s in good shape and I’ll be taking him seriously,” he said of the Australian, who also has Greek heritage.

Tsitsipas, the first Greek to break into the top five, warmed up for opening Grand Slam of the year at the ATP Cup, winning both his singles matches as he beat Alex de Minaur and Roberto Bautista Agut in straight sets.

He is bidding to become the youngest Australian Open men’s singles champion since Novak Djokovic in 2008.