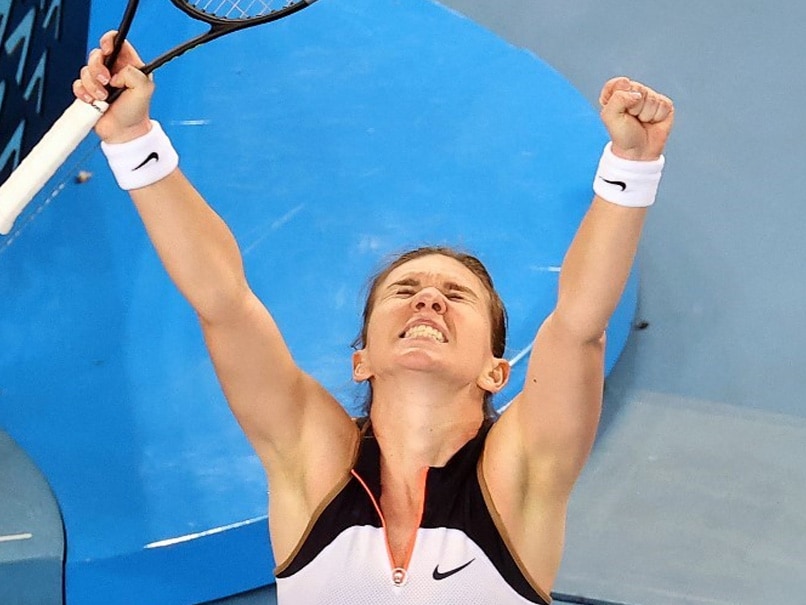 
Second seed Simona Halep was rattled by big-hitting Alja Tomljanovic on Wednesday, but won five games in a row to survive a major scare and reach the Australian Open third round. The two-time Grand Slam winner was pushed to the brink by the gutsy Australian in a see-saw second round clash, before finally prevailing 6-4, 4-6, 7-5 in two hours and 34 minutes. Halep, who lost just three games to Australian wildcard Lizette Cabrera in the first round, rallied from 5-2 down in the third set.

“I was expecting a difficult match but it was more than I thought,” she said.

“I thought in the end I was mentally stronger, had the desire and didn’t give up.”

Halep started the match with a break but the feisty, 72-ranked Tomljanovic, buoyed by the bulk of support at Margaret Court Arena, hit back and edged ahead.

An angry Halep remonstrated in the direction of her Australian coach Darren Cahill en route to dropping the opening set, but composed herself to hit back and draw level.

But Halep couldn’t shake off Tomljanovic, who continued to pounce on the Romanian’s tentative serve, and broke in the pivotal sixth game of the decider to sniff an upset.

But the twists continued with Tomljanovic unable to close it out on serve, as Halep mustered five games on the trot to finally prevail.

Halep, 29, is seeking a maiden triumph at Melbourne Park, having fallen short to Caroline Wozniacki in the 2018 decider.

She was left stunned last year after a straight-sets loss to Garbine Muguruza in the semi-finals.

Halep, whose seven-year streak in the top 10 is the longest active run among women, plays 32nd seed Veronika Kudermetova of Russia in the next round.