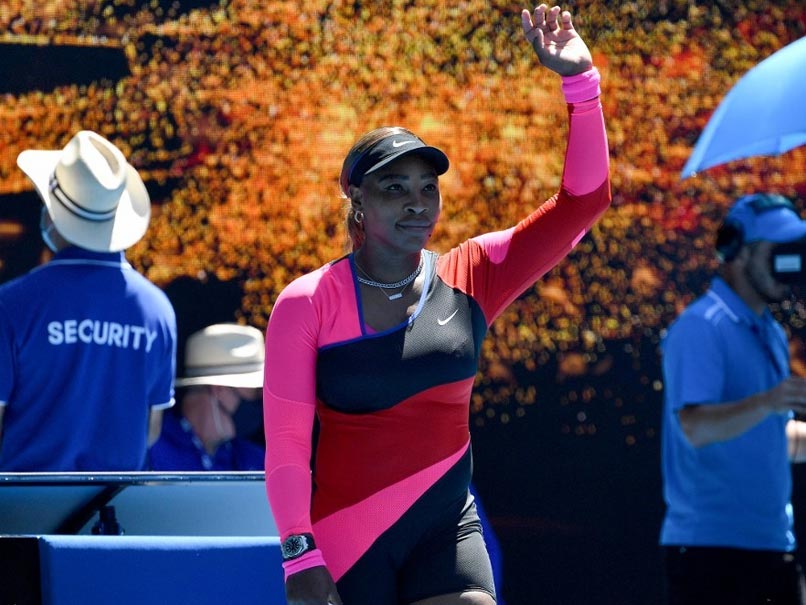 
Serena Williams strolled into the third round of the Australian Open on Wednesday but former US Open champion Bianca Andreescu’s emotional comeback from 15 months out ended at the hands of Taiwanese veteran Hsieh Su-wei. Williams, 39, continued her quest to equal Margaret Court’s all-time mark of 24 Grand Slams with a 6-3, 6-0 romp past 99th-ranked Serbian Nina Stojanovic in just 69 minutes on Rod Laver Arena. “l wasn’t thinking as much in the second (set), as I was in the first,” said Williams, who hit 27 winners in her 101st Australian Open match while again sporting her unique, one-legged catsuit inspired by track legend ‘Flo-Jo’.

“I’m here to have fun and it’s great to be playing in front of a crowd.”

But eighth seed Andreescu, playing her first tournament since October 2019 after a serious knee injury, could never cope with Hsieh’s quirky range of shots and lost 6-3, 6-2 in one hour 23 minutes.

“You need to find a way to get through and the crowd helped me fight,” said Hsieh after beating the Canadian, who was coming off a draining three-setter against Mihaela Buzarnescu in the first round.

Kvitova, the former Wimbledon champion and Melbourne runner-up in 2019, committed 44 unforced errors in her 6-4, 1-6, 6-1 defeat to Romania’s Sorana Cirstea.

But seventh seed Aryna Sabalenka was little troubled in going through 7-6 (7/5), 6-3 against Russia’s Daria Kasatkina.

In the men’s draw, eighth seed Diego Schwartzmann of Argentina wasted little time in reaching the last 32, brushing aside Frenchman Alexandre Muller 6-2, 6-0, 6-3 in an hour and 32 minutes on 1573 Arena.

Djokovic demolished France’s Jeremy Chardy 6-3, 6-1, 6-2 on Monday as the year’s first Grand Slam kicked off three weeks late because of the coronavirus pandemic.

“It is an ongoing love affair between me and this court, the Rod Laver Arena,” said Djokovic after his opening win.

Austrian third seed and US Open champion Dominic Thiem, last year’s runner-up to Djokovic, is the highlight in the afternoon session on Margaret Court Arena against Germany’s 70th-ranked Dominik Koepfer.

Women’s second seed Simona Halep appeared to have overcome a lower back injury in 6-2, 6-1 romp past wildcard Lizette Cabrera on Monday and faces another Australian, Ajla Tomljanovic, in the night session.