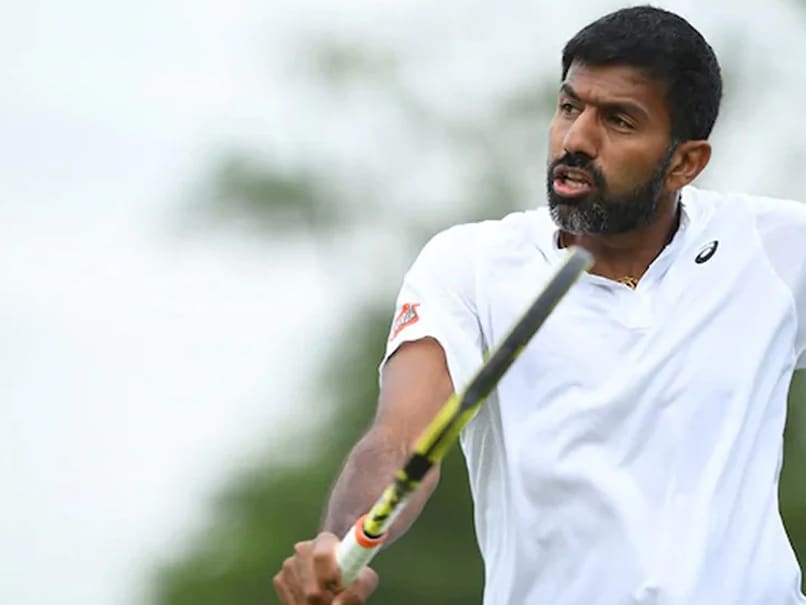 
India’s Rohan Bopanna and his Japanese partner Ben McLachlan crashed out of the Australian Open after losing to South Korean pair of Ji Sung Nam and Min-Kyu Song in their first-round men’s doubles clash on Wednesday. The wild card entrants to the competition won the match 4-6 6-7(0) in one hour and 17 minutes. This is the first time that Bopanna partnered with Ben McLachlan. Bopanna’s regular partner Joao Sousa had pulled out of the Australian Open citing strict COVID-19 protocols.

The Koreans dominated since the beginning of the match as Bopanna lost his serve in the opening set and that initial break stayed with the opponents.

It was expected to be an easy match for the Indo-Japanese pair but the good chemistry of the lower-ranked Koreans made it tough for them.

Bopanna and McLachlan struggled with returns as Song and Nam easily smashed volley winners to stay ahead.

The second set saw both teams stay solid with their serves and provide the other team barely any chance to break. With the score at 6-6, the tie-breaker was forced. Koreans came out triumphant in the tie-breaker to proceed to the next round.

Earlier on Tuesday, Sumit Nagal bowed out of the Australian Open after losing a first-round clash. Lithuania’s Ricardas Berankis defeated Nagal 6-2, 7-5, 6-3 in the first round and this ended Nagal’s hopes of progressing ahead in the Grand Slam.

Nagal was put under a lot of pressure in the first set and Berankis gave him no chance of settling in and Lithuania’s tennis star wrapped up the set in no time.

The world-number 73 Berankis created further pressure in the second set and Nagal was not given a chance of making any sort of comeback.

Berankis had gone on to take a 4-0 lead in the second set, but Nagal made an amazing comeback and he was able to bring the scoreline level to 4-4. However, Berankis managed to maintain his composure and he finally took the second set 7-5.

Berankis continued with his momentum and in the end, he won the third set as well to win the match in straight sets against Nagal.

Other Indian players Divij Sharan and Ankita Raina will be in men’s and women’s doubles action respectively on Thursday.