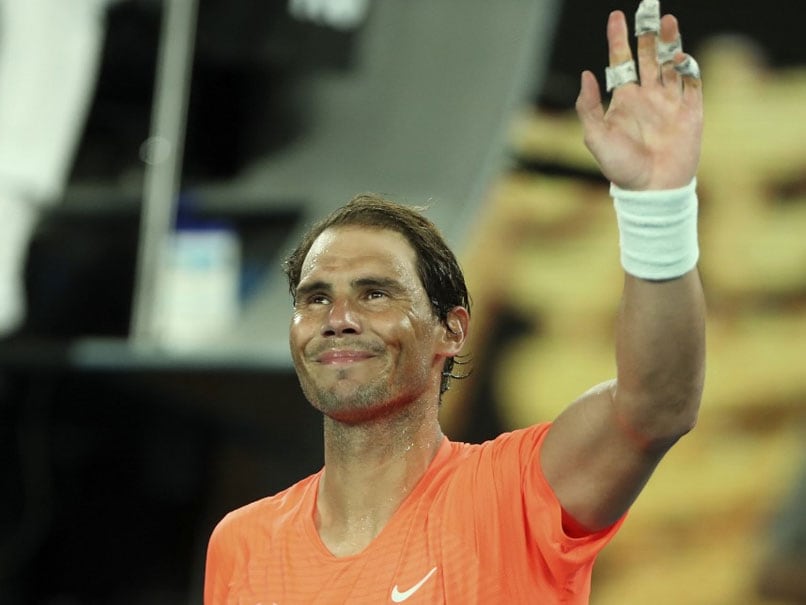 
Rafael Nadal shrugged off any lingering back soreness to storm past qualifier Michael Mmoh on Thursday for the loss of just seven games, brushing off a bizarre incident that saw fan thrown out. The world number two has been struggling with tightness in his lower back since arriving in Australia last month, but showed few signs of it with the roof closed on Rod Laver Arena. He crushed the American 6-1, 6-4, 6-2 in a match interrupted in the second set when a woman was ejected after heckling him and directing rude gestures in his direction. The Spanish great took it in his stride, grinning and playing football with the ball while he waited, seemingly enjoying having spectators back.

Asked afterwards whether he knew her, he replied: “No, and honestly I don’t want to know.”

He will next play Britain’s Cameron Norrie in his quest for a 21st Grand Slam title.

“I always try to be better, sometimes it happens and sometimes not. Tonight has been a positive evening for me, winning in straight sets.

“For me, I am now just focusing on what is coming because that is going to be more difficult,” he added.

The writing was on the wall, with Nadal enjoying a perfect record against qualifiers at the Australian Open, where he has reached the round of 32 every time he has played, barring his shock first round exit in 2016.

Nadal sent Serb Laslo Djere packing with little drama in the opening round and it was a similar story with Mmoh, whose father Tony twice played at the Australian Open.

After getting his measure in the first few games, Nadal pounced to break in the fourth and never looked back, racing through the set in 27 minutes.

While serving big, the American lacked accuracy and was mercilessly punished by a player ranked 175 places above him.

Nadal was cruising at 5-4 and about to serve for the set when the strange scene with the woman unfolded, delaying play for a brief period.

They played on but stopped again at 30-0 as security moved in to escort her out. Nadal, who seemed to enjoy the distraction, refocused to serve out the set with two aces.

With the clock rapidly ticking towards midnight, he put his foot down in the third set to wrap up the match emphatically.

The 2009 champion, who has a history of back problems, is bidding to win his 21st major title and claim sole ownership of the men’s record, which he currently shares with Roger Federer.

But the king of clay has often laboured in vain on Melbourne’s hardcourts, reaching five finals but only having the one title, falling in the quarter-finals last year to Dominic Thiem.