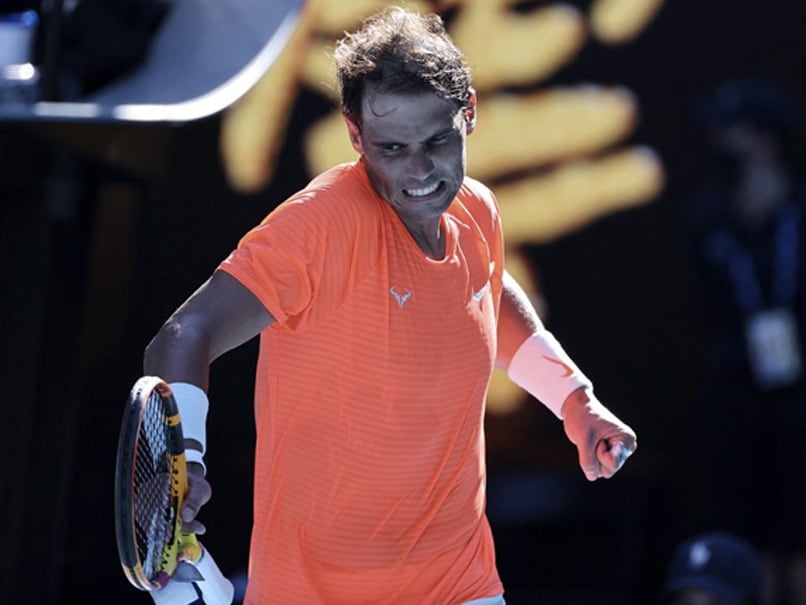 
Rafael Nadal opened his campaign for a record 21st Grand Slam title with a routine straight-sets win Tuesday, seemingly untroubled by the back injury that hampered his build-up. The world number two pulled out of the ATP Cup last week with the niggle and said ahead of the Australian Open that he was “suffering”. But he motored through his first-round clash against valiant Serb Laslo Djere with little drama, racing to a 6-3, 6-4, 6-1, victory under blue skies on Rod Laver Arena.

“It’s been a tough 15 days for me,” said the Spaniard, whose only appearance this year had been an exhibition against Dominic Thiem in Adelaide 12 days ago, where he first experienced stiffness in his back.

“So I needed to survive today and that’s what I did. I’m happy to be through and I think I did a good job today, straight sets is what I needed.”

It was his first competitive match since the semi-finals of the ATP Finals in London on November 21.

Nadal raced to a 3-0 first-set lead and wrapped it up before a tougher set two as Djere upped his first serve percentage and got himself in the rallies, with Nadal saving three break points.

But the unrelenting Spaniard kept coming, dominating off his first serve and outlasting the Serb on the long rallies.

The 2009 champion, who has a history of back problems, is looking to edge ahead of Roger Federer in career Slam titles, with both men having 20 to their name.

But the king of clay has often laboured in vain on Melbourne’s hardcourts, reaching five finals but only having the one title, falling in the quarter-finals last year to Dominic Thiem.

Nadal next plays either Serb veteran Viktor Troicki or qualifier Michael Mmoh and is on course to meet Greek rising star and fifth seed Stefanos Tsitsipas in the quarter-finals.

Lasers, Rabbits And New Nikes: How The 2-Hour Marathon Barrier Was Broken