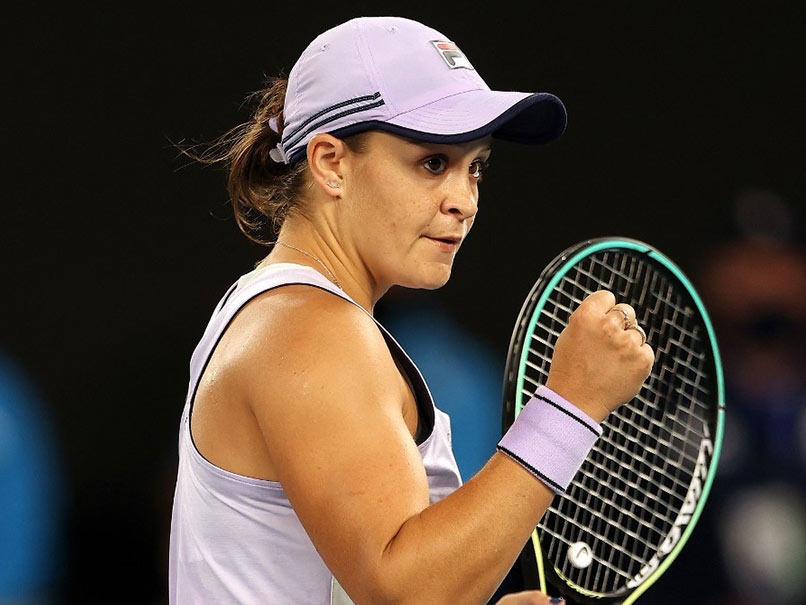 
World number one Ashleigh Barty declared Monday she’s “not done yet” after storming into the Australian Open quarter-finals to raise hopes of a first home winner in 43 years. The Australian’s defensive mastery flummoxed big-hitting Shelby Rogers in her 6-3, 6-4 victory in one hour and 11 minutes in the fourth round at a crowdless Rod Laver Arena.

Barty, who is aiming to become the first Australian champion since Chris O’Neil in 1978, plays 25th seed Karolina Muchova in the quarter-finals after the Czech beat 18th seed Elise Mertens 7-6 (7/5), 7-5.

The 24-year-old reached the quarter-final of her home Slam for the third straight year, but remained unsatisfied.

“We’re not done yet,” Barty said when asked how she felt about reaching the final eight.

“If we had looked at the way we were preparing during our pre-season, to have the start that we have had so far is really encouraging, but certainly not satisfied with where we’re at the moment.

“We will keep chipping away and keep trying to do the right things to progress as far as we can.”

Australian expectations are rising for Barty, whose side of the draw has opened up with the early exits of defending champion Sofia Kenin, world number five Elina Svitolina and world number six Karolina Pliskova.

American Jennifer Brady is the next highest seed in Barty’s bracket at 22.

She, however, was wary of 24-year-old Muchova, who made an impression on her during their third round clash at the 2018 US Open which Barty won in straight sets.

“I remember that match in New York, coming off the court and saying to (coach Craig Tyzzer)…’Karolina, she can play, she’s a hell of a player’,” she said of her sole match against Muchova.

“I know she’s got the ability to manoeuvre the ball all around the court, play with variety, play with shape.”

The 2019 French Open champion, having not played last year after February due to the pandemic, is rounding into peak form and successfully became the “aggressor” against Rogers, who she nearly lost to last week in the Yarra Valley Classic quarter-finals.

Barty, who has been carrying a niggle to her heavily strapped left thigh, moved smoothly and counter-attacked superbly to thwart the in-form American.

“It was important for me to serve well and try and bring it on my terms as often as possible,” she said.

“I think I have learnt a lot about myself over the past 12 months.

“I’m just extremely grateful that I’ve got another opportunity to do something that I love… on the biggest stage for us as Aussies playing tennis.”