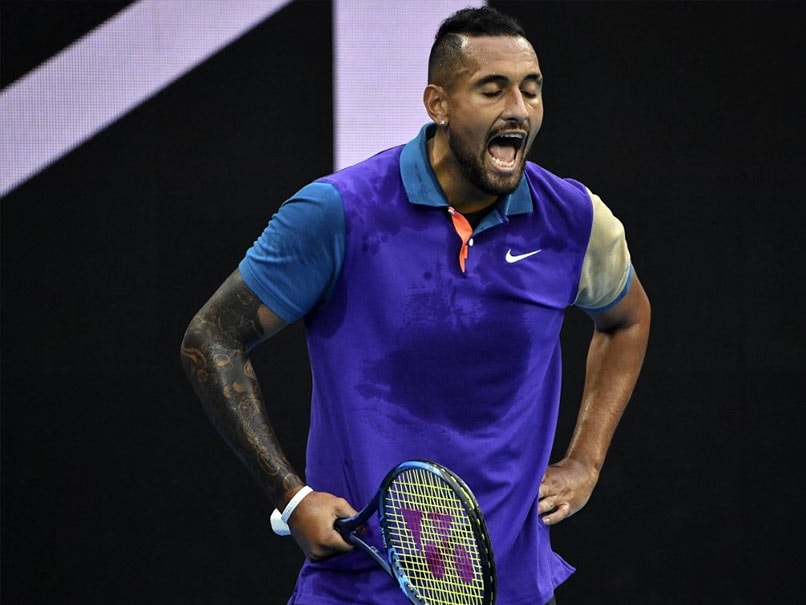 
Nick Kyrgios has hit back at criticism from Novak Djokovic, describing the world number one as “a very strange cat” after the Serb said he had little respect for the Australian off court. Kyrgios has waged a running battle with Djokovic, sparked by the Serb’s ill-fated Adria Tour exhibition series last year as the coronavirus pandemic raged.

Djokovic said in Melbourne over the weekend he had mixed views on Kyrgios, who recently called him a “tool”, respecting his tennis abilities but not his off-court antics.

“It’s a strange one for me. I read his comments — he said he doesn’t respect me off the court,” said Kyrgios, who has also previously blasted the 17-time Grand Slam winner as having “an obsession with wanting to be liked”.

“It actually would make complete sense to me if he was like, ‘I don’t respect the guy on the court’, because I understand if he doesn’t agree with some of my antics on the court that I’ve done in the past.

“I’m not quite sure how you can’t respect me off the court,” he added.

“I feel like I’ve gone about things extremely well, especially during the pandemic.”

Kyrgios said during his time away from the game last year, he delivered food to people in need and was ultra careful to abide by Covid-19 regulations, opting not to travel for the US and French Opens.

“I actually do a lot off the court,” he said.

“But he’s a very strange cat, Novak is. A heck of a tennis player, but unfortunately someone who’s partying with his shirt off during a global pandemic, I don’t know if I can take any slack from that man.”

Djokovic’s Adria Tour was organised to fill the gap in the virus-hit tennis calendar last year, but was widely criticised for a lack of mask-wearing and social-distancing.

The Serb was among several players seen partying at a packed Belgrade night club despite the threat from the virus.