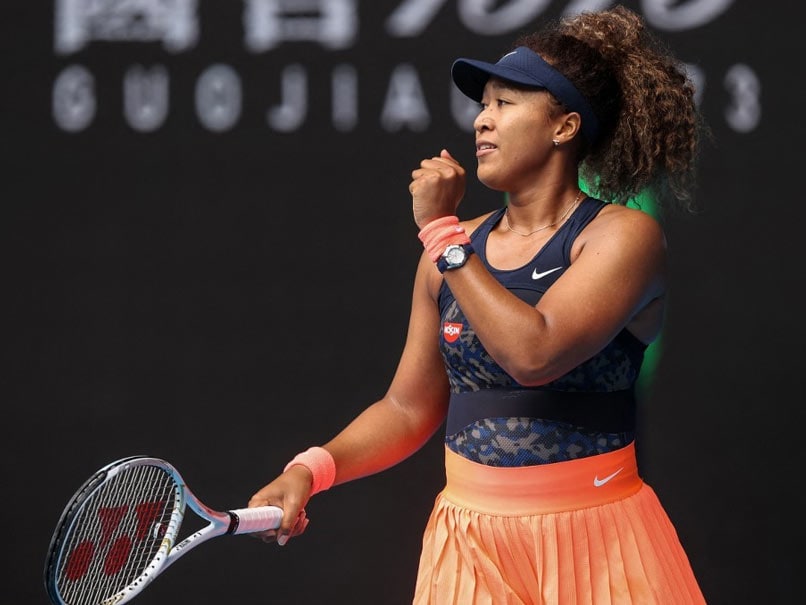 
Gutsy Naomi Osaka saved two match points to outlast Garbine Muguruza in a tense comeback Sunday and reach the Australian Open quarter-finals. The third seed was on the verge of elimination at 3-5, 15-40 on her serve in the third set before rattling off four points in a row.

She then twice broke the serve of the two-time Grand Slam winner Muguruza to prevail 4-6, 6-4, 7-5 in one hour and 55 minutes of gripping action on an empty Rod Laver Arena, devoid of fans for the second day because of coronavirus restrictions.

“I felt like I was intimidated because she was playing so well,” said Osaka, who hit 40 winners but made 36 unforced errors.

“On the stressful points, I had to play within myself.”

Japan’s Osaka will now have an all-Asian quarter-final against Taiwan veteran Hsieh Su-wei, who upset 19th seed Marketa Vondrousova 6-4, 6-2 in the fourth round.

“I’m not looking forward to it, they are always long, tough matches,” said Osaka who sports a 3-1 record over the 35-year-old, who earlier made history by becoming the oldest player to make a last-eight debut in the Open Era.

Osaka and Muguruza, last year’s Australian Open runner-up, have five Grand Slam titles between them but surprisingly had never met on court before.

Muguruza had been showing the form that saw her top-ranked in 2017 and she proved a formidable challenge for Osaka, widely deemed a title favourite at Melbourne Park.

A pumped-up Osaka went all out in an ultra-attacking start and took an early break as Muguruza lost serve for just the second time in the tournament.

But a series of unforced errors allowed the composed Spaniard, who nailed 86 percent of her first serves, to level the score before she took a decisive break in the ninth game.

She again broke Osaka early in the opening game of the second with a superb lob winner.

But the 2019 Australian Open champion Osaka settled, broke back in the fourth game and slowly wore down Muguruza to level the match.

The see-saw contest continued in a tense decider with Osaka unable to convert a break point in the fourth game only to subsequently drop her serve and slam her racquet to the ground in frustration.

After saving the match points she clinched gritty victory with only a muted celebration on an almost silent Rod Laver Arena.

Fake crowd noise had intermittently blasted courtside during the match as organisers decided to enliven the atmosphere after fans were barred until at least Thursday due to Melbourne’s snap, five-day lockdown.

NADA Sends Whereabouts Notices During Lockdown To Around 25 Athletes