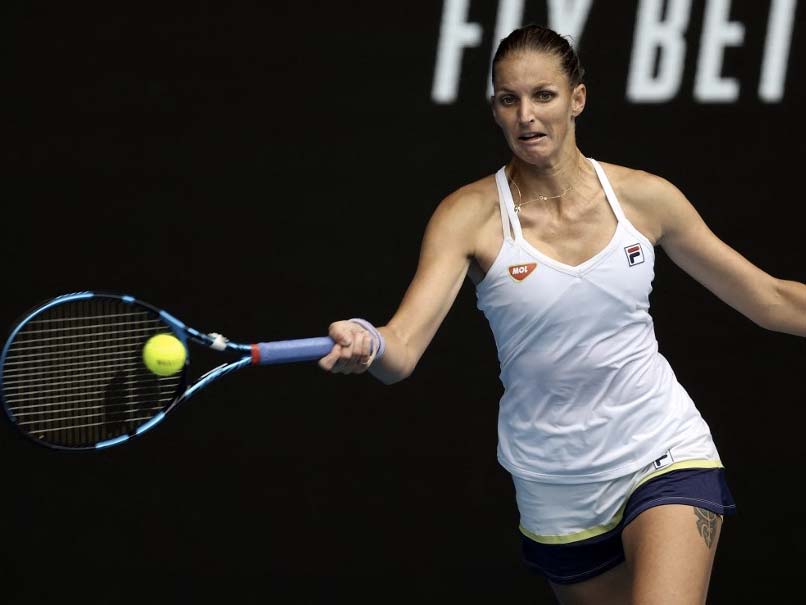 
Former world number one Karolina Pliskova was docked a point for smashing her racquet off the court and then slumped out of the Australian Open to Karolina Muchova on Saturday. The frustrated sixth seed was out of sorts throughout and fell 7-5, 7-5 in one hour and 54 minutes in the all-Czech third-round clash, ending her dreams of a maiden Grand Slam title. “I’m definitely happy to make it through in two sets. We were both nervous,” said 24-year-old Muchova.

After Pliskova lost a tight first set, she took her frustration out on her racquet which cost her a code violation.

She then walked into the players’ tunnel to inflict further damage, but it was seen by an official who informed chair umpire Alison Hughes resulting in a docked point for a second code violation.

“It’s off court, I’m allowed to do what I want,” Pliskova pleaded.

“Not during a match, you can’t,” replied Hughes.

The incident seemed to spark Pliskova, who rattled off five consecutive games before inexplicably falling apart, and she was broken twice on serve trying to close it out before 25th seed Muchova inflicted a third break to complete the victory.

The match was the first to be played Saturday in an empty Rod Laver Arena during the first day of Melbourne’s snap five-day coronavirus lockdown, with no fans allowed and only essential staff on site.

Pliskova, 28, is regarded as one of the best women players never to have won a Grand Slam tournament, having risen to world number one in July 2017.

Now ranked sixth, Pliskova made the semi-finals at the 2019 Australian Open, where she lost in three sets to eventual champion Naomi Osaka.

Muchova will play either 11th seed Belinda Bencic or 18th seed Elise Mertens on Monday for a place in the quarter-finals.