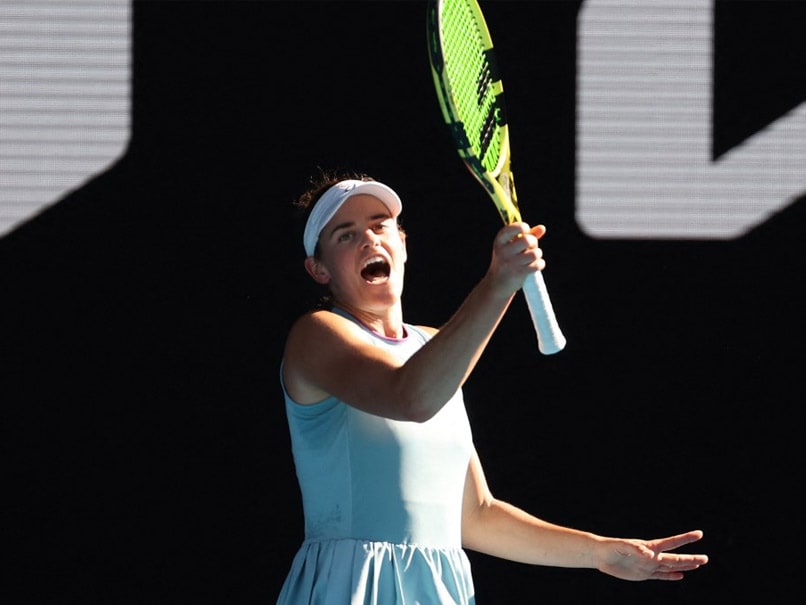 
American Jennifer Brady edged Karolina Muchova 6-4, 3-6, 6-4 in a tense Australian Open semi-final on Thursday to set up a title match with Naomi Osaka.

The big-serving 22nd seed secured her first Grand Slam final appearance on her fifth match point against the Czech 25th seed in front of thousands of fans allowed back on Rod Laver Arena after a snap five-day lockdown in Melbourne was lifted.

She will play Osaka in Saturday’s final after the world number three earlier ended Serena Williams’ bid for a record-equalling 24th major title 6-3, 6-4.

Brady, 25, is the last player standing among those forced into a hard 14-day quarantine after arriving in Australia.

“My legs are shaking, my heart is racing,” said Brady, who had 20 winners and eight aces.

“My legs felt fresh but they weren’t moving. They felt stuck in mud.

“I didn’t really pick up my intensity until the beginning of the third set.”

Brady set up a rematch of last year’s epic US Open semi-final, where Japan’s Osaka prevailed in three sets.

“We had a tough match in the US Open, where she said it was one of her top two matches,” said Brady, who sports a 1-2 win-loss record against Osaka.

“I’ll be nervous but I’m going to be super-excited.”

Compared to the blockbuster first semi-final, this was a surprise contest between first time Slam semi-finalist Muchova and Brady.

The warm conditions were expected to suit Brady and she started fast with an early break, but Muchova settled her nerves and clawed back into the contest.

But a loose service game in the 10th game punctuated by a double fault handed Brady the first set.

Having been in a similar predicament during her remarkable comeback quarter-final victory Wednesday over world number one Ashleigh Barty, a calm Muchova broke Brady to open the second set.

Muchova’s consistency and occasional charge to the net rattled an error-strewn Brady, who lost rhythm and relinquished her advantage.

The momentum shifted again when Brady broke in the third game of the final set.

Brady relied on her trusted serve to inch closer and on her second match point believed she had clinched victory, only to sink to her knees when her backhand was revealed to be long by just a couple of millimetres.

A nervous Brady was forced to fend off three break points before finally booking a spot in her maiden Grand Slam final on her fifth match point, falling to the ground in euphoria.

Muchova’s previous best Grand Slam result was the Wimbledon quarter-finals in 2019, the only time she had reached the second week of a Slam from eight attempts.