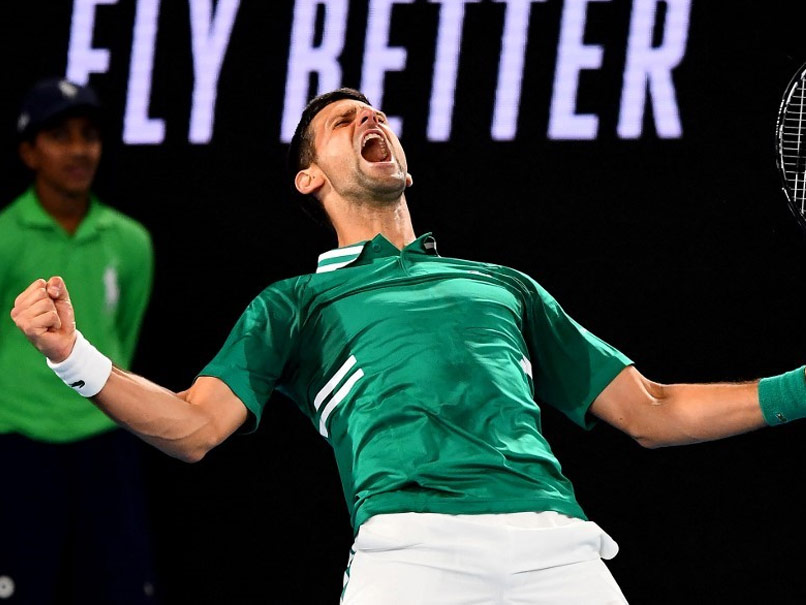 
An ailing Novak Djokovic overcame an abdominal “muscle tear” and jeers from a rowdy crowd Friday to outlast Taylor Fritz in the Australian Open, a five-set triumph he rated as one of his “most special”. The world number one, however, admitted he faced a race against time to be fit for his fourth-round match against Milos Raonic. “I know it’s a tear of the muscle, so I don’t know if I will be able to recover from that in two days,” he said. The world number one appeared to be cruising until he needed a medical timeout early in the third set.

“Towards the end of the fourth,it started feeling better,” he said. “I just tried to stay in there and I was hopeful.

“This is definitely one of the most special wins in my life.”

After facing a stern second-round, four-set, examination by American Frances Tiafoe, the Serb again had his hands full against brash Fritz, the highest-seeded American in the draw.

Fritz had talked up his chances of an upset, and true to his word he came out swinging in a high-octane opening set marked by relentless slugging from the baseline.

Fritz impressively dug out of a 5-2 hole to force a tiebreaker, but Djokovic lifted the intensity under pressure to peel off six straight points en route to taking the first set.

Djokovic’s mood quickly soured and he remonstrated with boisterous fans in the fourth game of the second set after pulling out of his service motion due to crowd noise.

He received loud jeers as the crowd shifted their support to Fritz, but Djokovic responded by holding serve and celebrating wildly much to the derision of spectators, who won’t be in attendance until Thursday due to Melbourne’s lockdown.

A galvanised Djokovic was rejuvenated and appeared set to sail through to a comfortable victory before injury struck.

Fritz, 23, took advantage and forced a fourth set, where he broke in the third game.

Djokovic was hanging on but received respite when play was suspended for 10 minutes as spectators, many of whom jeered when exiting, were forced to leave at 11:30 pm — half-an-hour before Melbourne’s lockdown started.

The stoppage didn’t stop Fritz’s momentum as he drew level, but Djokovic somehow found a way back and celebrated his gutsy victory with loud roars that echoed around the empty stadium.

The Serb is targeting a record-extending ninth title and his 18th Grand Slam trophy overall as he snaps at the heels of Rafael Nadal and Roger Federer, who top the all-time list with 20 each.

Djokovic will be looking to continue his stranglehold over the Canadian, having won all 11 prior matches and dropping just three sets overall.

He knocked out Raonic in straight sets in the quarter-finals of last year’s Australian Open.