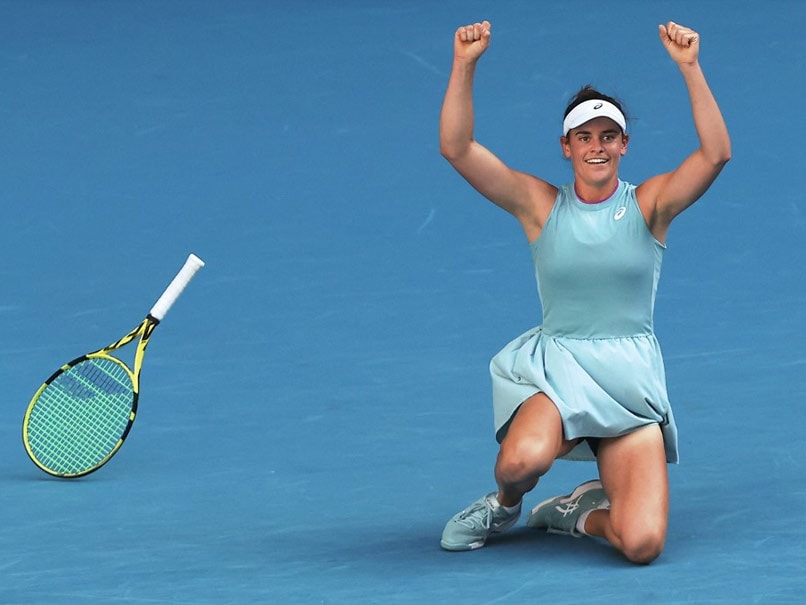 
Jennifer Brady’s climb to a maiden Grand Slam final has been slow but relentless since her WTA debut in 2016, though the 25-year-old American admits that she once fell out of love with the game. An Australian Open final is a fitting reward for a player who has become one of the most consistent performers in the women’s game over the past 12 months.

Possessing a powerful serve and a crunching forehand, Brady had dropped fewer games on her way to the semi-finals than any other player.

Her win over Karolina Muchova gave her a chance of revenge over Naomi Osaka in the showpiece on Rod Laver Arena.

Brady made her maiden Grand Slam semi-final at the US Open last year and gave the Japanese world number three a severe examination.

Osaka was forced to play some of the best tennis of her career to win in three tight sets.

If Brady turns the tables on Saturday night it will be the culmination of 18 years of steady progression and hard work.

Brady first picked up a racquet at the age of seven in her home town of Harrisburg, Pennsylvania, and was hooked, but it wasn’t until the family moved to Florida the following year that she began to flourish.

Warmer weather enabled more court time and Brady won a scholarship at the age of 10 to the Chris Evert Academy in Boca Raton.

Brady had reached world number 36 in the junior rankings in 2012, but she harboured doubts, and thought about giving up.

“Other juniors my age were doing really well and having early success in the pros, playing Challenger events and winning them,” Brady recalled.

“And then I wasn’t even passing the first, second round of qualifying. That was really hard.

“I thought, ‘OK, maybe I’m not meant for this sport. Maybe I’m not good enough. I’ll go to college for four years and then I’ll find a real job.'”

It was at college at UCLA that her relationship with the sport changed. Brady was named as the Pac-12 Freshman/Newcomer of the Year in 2013-14 and made a Grand Slam qualifying debut at the 2014 US Open.

The following year she broke into the top 200 and in 2016 made her main-draw WTA debut at Rio de Janeiro after beating a future top-20 player, Maria Sakkari, to qualify.

A trip to Asia bore fruit as she reached her first WTA quarter-final in Guangzhou in September and rose to the fringes of the top 100.

Then in Australia four years ago she cracked the big time.

At the 2017 Australian Open, Brady qualified and then embarked in a dream run to the last 16.

In 2019 came her first wins over top-20 players before she teamed up with German coach Michael Geserer. Brady has barely looked back since.

At Brisbane in January 2020, she beat five-time Slam champion Maria Sharapova and world number one Ashleigh Barty — her first win over a top-10 player.

When the tour resumed following the Covid-19 shutdown, Brady won her first WTA title in Lexington and made her first Slam semi-final at the US Open.

Evert, who spotted Brady’s talent early, told tennis.com that Brady always had skill and power, her mental approach had been lacking.

“She was athletic, hit a hard ball and was very talented with her hands, but she had no focus whatsoever,” Evert said.

“She didn’t know how to problem-solve and get herself out of trouble.”

She knows now, and Brady’s new psychological steel also came to the fore during hard quarantine on arrival in Melbourne.

While others complained at not being allowed out of their rooms, she concentrated on preparing physically as best she could.

It has taken her to a first Grand Slam final.