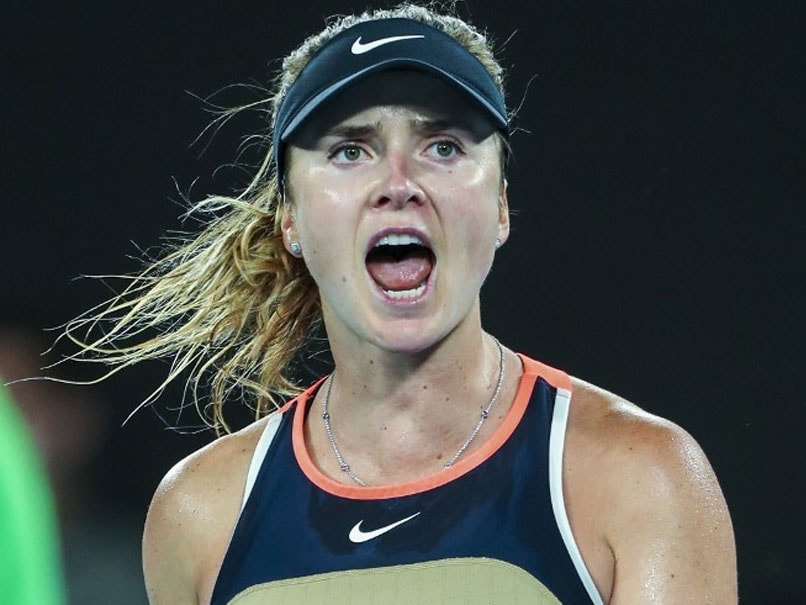 
Elina Svitolina’s experience came to the fore on Thursday against teenage sensation Coco Gauff, as the world number five eyes a maiden Grand Slam title at the Australian Open. The Ukrainian lifted in the pivotal moments of the free-wheeling contest to move into the third round, with a 6-4, 6-3 victory in one hour and 17 minutes at Rod Laver Arena. “It was a really high-level match and when I had chances to break I took it,” said Svitolina, who hit 19 winners and broke once in each set.

Svitolina’s precise hitting overcame the dangerous Gauff, who showed flashes of the form that fuelled her dazzling run last year at Melbourne Park, but she lacked the consistency of her hardened opponent.

The 16-year-old’s thunderous serve kept her in the hunt during a high-octane first set, but she eventually cracked against Svitolina’s unnerving accuracy.

Svitolina, watched by boyfriend Gael Monfils in the stands, withstood a barrage of heavy groundstrokes from the American to grind out the victory in straight sets.

Gauff was unable to replicate her magical run last year, where she upset Venus Williams and then champion Naomi Osaka to reach the fourth round.

The teenager, who also reached the Wimbledon last 16 in 2019, has quickly emerged as a fan favourite and a vocal leader in the movement for racial justice in United States.

Svitolina, a two-time Australian Open quarter-finalist, fell in the third round last year after being thrashed by eventual finalist Garbine Muguruza.

Her biggest career title was the season-ending 2018 WTA Finals in Singapore, having never reached a Grand Slam final.

She plays 26th seed Yulia Putintseva of Kazakhstan next.

“Putting Us In Danger”: Athlete Concerns Grow Ahead Of Olympics