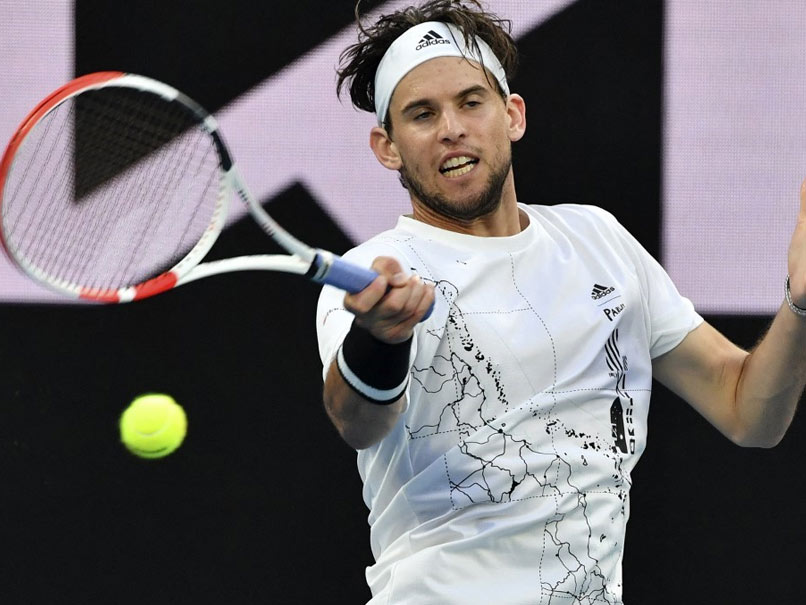 
Ice-cool Dominic Thiem rallied from two sets down to tame flamboyant Nick Kyrgios at the Australian Open Friday in front of a raucous crowd hours before Melbourne goes into coronavirus lockdown. Kyrgios produced a virtuoso performance in the first two sets, using every trick in the book, including underarm serves and tweeners, as he fed off the energy at a boisterous John Cain Arena, his favourite court. But he couldn’t sustain the intensity as US Open champion Thiem, last year’s runner-up, found his groove with some dominant serving to fight back and outlast the 25-year-old 4-6, 4-6, 6-3, 6-4, 6-4.

He will now play 18th seed Grigor Dimitrov for a place in the quarter-finals, with the Bulgarian through after Pablo Carreno Busta retired injured in the second set.

“It was my first match against Nick on his favourite court with an amazing crowd, there are easier things to do,” said Thiem.

“That is one of the tougher challenges we have in our sport, you never know what is coming. Nick is a huge player when he is on fire, like today.”

Austrian Thiem came into the clash after dropping just six games in his previous match, in contrast to Kyrgios who played a draining and emotional five-setter.

But Kyrgios broke Thiem in the first game and immediately began revving up the mostly mask-less crowd, gesturing for them to get up and cheer.

Fans were out in force for the match, the last time the tournament will see spectators for at least five days after a lockdown was announced in Melbourne to counter a growing coronavirus cluster.

Ever the showman, Kyrgios sent down a cheeky underarm serve and attempted a tweener in his first service game, unsuccessful gambles that nevertheless didn’t prevent him consolidating his lead.

Thiem appeared nervous, missing easy shots, while struggling with Kyrgios’ thunderbolt serves that occasionally clocked in at over 221kmh, with the Australian racking up seven aces in the opening set.

They went shot-for-shot in the second but Kyrgios was still firing big serves and with Thiem standing far back, outrageously aced him with an underarm, sending the crowd wild.

Thiem appeared intimidated by the noise and when he sent a forehand wide to be broken in the ninth game, Kyrgios turned to the crowd with a huge grin on his face.

To top it off, he pulled off another underarm ace to win the set.

But Theim lifted in the third set and finally broke Kyrgios’ resistance to go 2-0 up and started to dictate the rallies, winning the set as the Australian began shaking his head and muttering to himself.

With frustration creeping in, Kyrgios dug deep to hold serve in a 13-minute marathon opening game in the fourth set and it went with serve until Thiem made the breakthrough for 5-4 with a glorious cross-court winner.

Kyrgios regained his swagger in the fifth but ultimately the cool head of Thiem prevailed, breaking for a 4-3 lead and completing a gripping contest with a sizzling backhand winner.