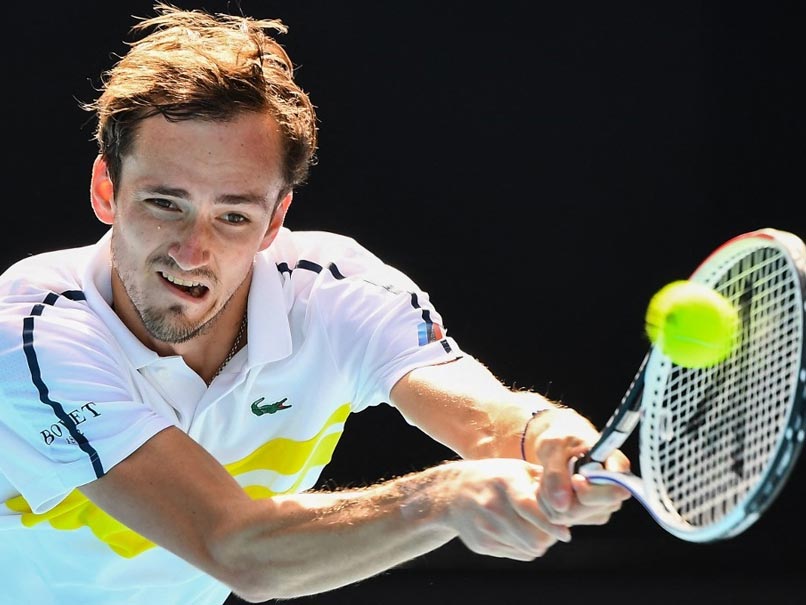 
Daniil Medvedev overcame buttock pain and a walk-out by his coach as he withstood a five-set test from Filip Krajinovic at the Australian Open on Saturday. The fourth seed blew a two-set lead and needed treatment to his left glute before finally moving past the Serb 6-3, 6-3, 4-6, 3-6, 6-0 and into the fourth round, extending his win streak to 17. An agitated Medvedev repeatedly yelled at his box in an empty Rod Laver Arena as he struggled in the fourth set, with coach Gilles Cervara eventually walking out and not returning.

“I don’t know what was going through his head, but at least what he said is that he was sure I’m going to win, and he just wanted to leave me alone to be calm,” said Medvedev.

“Myself, as a human, that’s why we can have, let’s call it, some frustrating moments, both of us, because we both want to win.

“He wants me to win so he felt like that (leaving) was the best thing to do.”

Cervara’s departure seemed to do the trick, with Medvedev racing through the fifth set without losing a game in just 25 minutes to seal the win.

“This time, yeah, for sure it was a good thing to do,” he said of the walk-out, adding that he would sit down with Cervara and discuss the incident. “But there is not a big deal, let’s call it like this.”

He will play Mackenzie McDonald for a berth in the quarter-finals after the unseeded American cruised past South African Lloyd Harris in straight sets.

Medvedev has now gone 17 matches unbeaten, dating back to November and including title wins at the Paris 1000, the ATP Finals in London and the ATP Cup.

He dominated Krajinovic with accurate serves and groundstrokes to take the opening set, then broke him in the sixth game of the second.

But the Serb, a training partner of world number one Novak Djokovic while in Adelaide quarantine ahead of the Australian Open, then made Medvedev sweat.

He forced him to save two break points while serving for the second set then, broke for a 3-1 lead in the third.

The Russian broke back but Krajinovic pounced to break again for the set when Medvedev sent a backhand wide.

Medvedev’s movement appeared impaired in the fourth set and he took a medical time out when 5-2 down.

“Left buttock,” he was heard telling a trainer.

Krajinovic closed out the set, but a revitalised Medvedev broke the Serb three times as he rattled through the fifth set without dropping a game.

Medvedev is bidding a maiden Grand Slam title and to become only the third Russian man to win a major after Yevgeny Kafelnikov and Marat Safin.