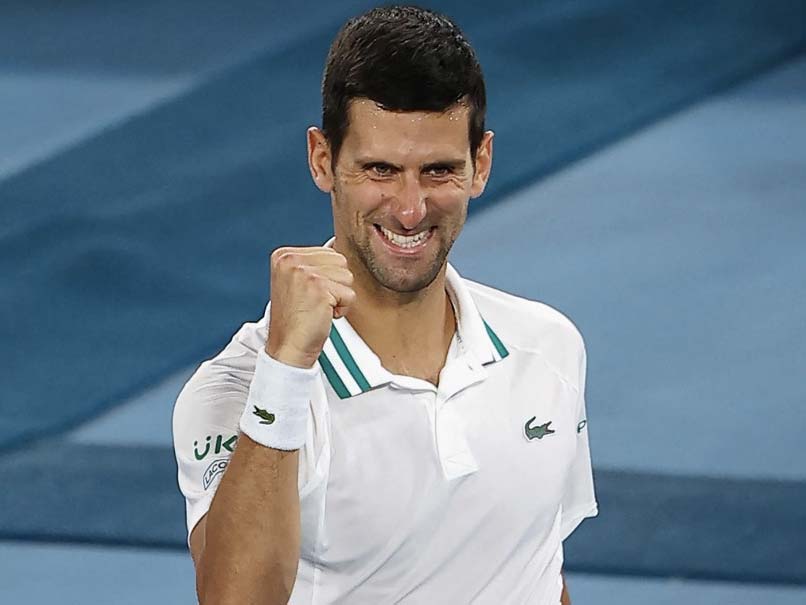 Australian Open: Controversial Off Court, Sublime On It, Novak Djokovic Is On A Mission To Make History


It’s been a turbulent 12 months in the life of Novak Djokovic, but the world number one can put it all behind him by winning a record-extending ninth Australian Open title against Russia’s Daniil Medvedev on Sunday. The world number one has always been a polarising figure for fans and pundits alike, with his on-court mastery tempered by a knack for controversy away from the arena. Since winning his 17th Grand Slam in Melbourne a year ago ago, he has rarely been out of the headlines, mostly for the wrong reasons. He began 2020 on a high, leading Serbia to lift the inaugural ATP Cup, and then fought back behind to beat Dominic Thiem in five sets to lift his eighth Australian Open crown. But the coronavirus pandemic meant the world’s tennis tours were suspended in March.

Three months later, Djokovic took it upon himself to launch his ill-fated Adria Tour.

The tournament in Belgrade had 4,000 spectators packed in while players shook hands and took selfies with fans, and ball kids handled sweaty towels — all during a global shutdown.

Djokovic and players including Thiem and Alexander Zverev were heavily criticised for partying shirtless at a heaving Belgrade night club.

Djokovic was then branded “tone deaf” for launching a breakaway Professional Tennis Players Association in August just as the sport was attempting to stagger back to its feet.

Days later, Djokovic was kicked out of the US Open after hitting a line judge in the throat unintentionally with a ball he slapped away in anger during the fourth round.

The distressed female oficial needed treatment on court and Djokovic apologised. “I’m extremely sorry to have caused her such stress. So unintended, so wrong,” he said.

The Covid-delayed French Open rolled around and Djokovic reached the final, where his shot at becoming the first man to win all four Grand Slams twice since Rod Laver in 1969 ended in further humiliation when he suffered a 6-0 “bagel” to Rafael Nadal on his way to a straights-sets defeat.

Controversy is never far away from Djokovic, who whipped up another storm after players flew in to quarantine ahead of the Australian Open.

Nick Kyrgios led a wave of criticism of the Serb for issuing a list of requests that reportedly included players being given private homes with tennis courts.

“Djokovic is a tool,” Kyrgios tweeted, as Australia’s media savaged the Serb.

Once the action began all seemed well as Djokovic won both his singles matches in the ATP Cup and his first two at the Australian Open.

But in the third round he looked like he might have to pull out before somehow overcoming an abdominal injury to beat American Taylor Fritz in five sets.

Djokovic’s ability to thrive among the greats is not in question, but there have often been doubts about the size of his heart after a series of big-tournament retirements.

At Wimbledon in 2007, he retired with a back injury in the third set of his semi-final against Nadal.

He also quit at the 2006 and 2007 French Opens, while at the 2009 Australian Open, where he was defending champion, he pulled out of his quarter-final with Andy Roddick citing heat exhaustion.

He quit in a 2017 Wimbledon quarter-final against Tomas Berdych with a right shoulder injury. He pulled out again at the 2019 US Open with a left shoulder problem when two sets down to Stan Wawrinka.

But Djokovic can also find bravery in the face of adversity.

He could barely walk at times as he beat Fritz in five painful sets, and then grimaced in pain through matches against Milos Raonic and Zverev despite having not trained.

By the time he beat Aslan Karatsev in the semi-final he proclaimed his fitness was the best it had been all tournament.

He now stands on the cusp of an 18th Grand Slam title and could by the end of the year be neck and neck with Roger Federer and Nadal who have 20 each.

If he could bookend a torrid 12 months by lifting the Norman Brookes Challenge Cup for a third year in a row and ninth time in all on Sunday, people might just start to forget all the controversy in between.