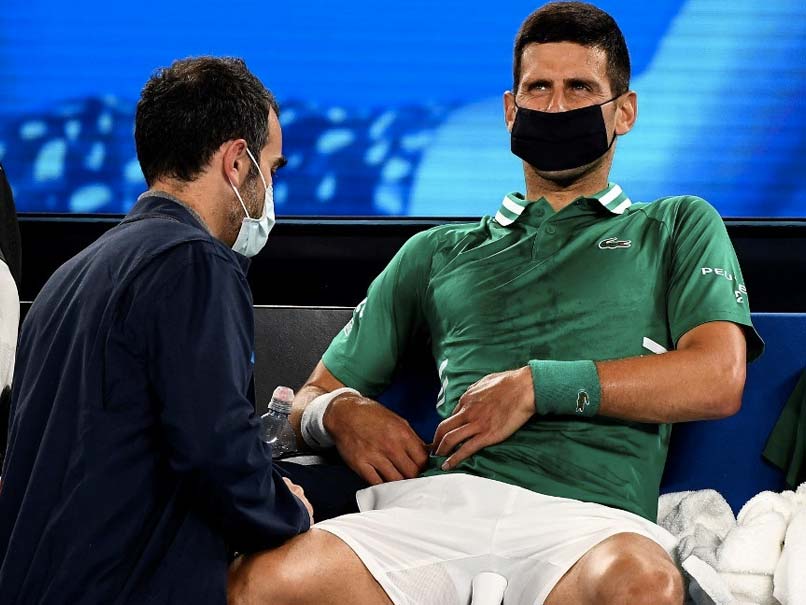 
Tournament boss Craig Tiley played down fears Saturday that injured defending champion Novak Djokovic could pull out of the Australian Open, calling the world number one “resilient and tough”. The ailing Serb somehow came through an gruelling five-setter on Friday night against Taylor Fritz, overcoming an abdominal “muscle tear” that cast doubt over whether he will be able to continue.

But Tiley said he was confident Djokovic would be ready to resume his hunt for an unprecedented ninth title.

“He’ll wake up today and he’ll figure out what it is and he’ll go and get the appropriate treatment. The way he was, those two sets, I was pretty surprised.

“But I’ve seen him play here, this is his court, he gets comfortable on it and he just picks his game up and up and he’s that good.

“So his health is going to be important and we’ll make a decision later on today on when he plays tomorrow.”

The top seed and hot tournament favourite appeared to be cruising against Fritz until he needed a medical timeout early in the third set.

Djokovic constantly grimaced afterwards but managed to recover sufficiently with the help of the painkiller to wear down the big-serving American after 3hr 25min of attritional tennis.

“(The painkiller) did kick in end of fourth, beginning of the fifth when I actually started to move and I could actually start to rally with him from back of the court,” said Djokovic.

“Until that moment, it was only serve for me and kind of hoping and praying that I’m gonna get an easy ball after my serve so I could just go for it.”

Djokovic, who is aiming for an 18th Grand Slam title, called the injury “definitely something serious” and said he didn’t plan to train on Saturday.

“And the only possible treatment that I could even have the slightest chance to go out in less than 48 hours,” he added.