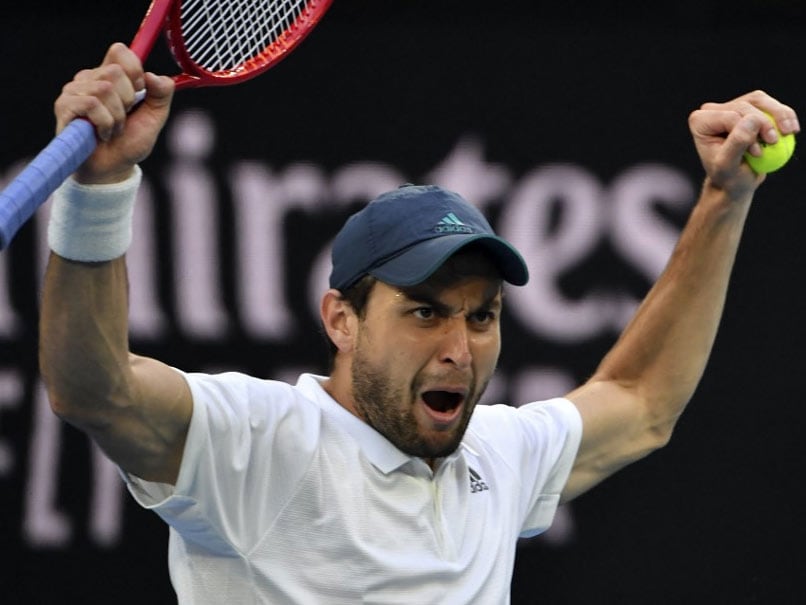 
Russian qualifier Aslan Karatsev pulled off the biggest shock of this year’s Australian Open when the world number 114 blitzed eighth seed Diego Schwartzman into submission 6-3, 6-3, 6-3 Friday with a barrage of winners. Karatsev is making his Grand Slam debut at Melbourne Park and is incredibly yet to drop a set as he set up a fourth-round meeting with one of the Canadian pair Denis Shapovalov or Felix Auger-Aliassime, who clash later. The 27-year-old Russian secret weapon powered 50 winners, including nine aces, past the shell-shocked Argentine who could muster only five of his own in return in a 1hr 52min drubbing.

On nine previous attempts to reach a Grand Slam event, the injury-dogged Russian fell in qualifying but he finally broke through to reach the Australian Open main draw, and is making the most of his opportunity.

“It’s an unbelievable feeling, I qualified so I was already very happy,” said Karatsev.

In 2017, the Russian struggled with a knee injury suffered while training in Spain and was out for six months.

When Karatsev returned, he struggled to find his form again and when play was suspended almost a year ago because of the coronavirus pandemic, Karatsev was ranked outside the top 250.

“I’ve had a lot of worries over the past few years, so I am relieved, overjoyed to be at this stage,” he said.

“I had a big knee injury a few years ago, so to be here and represent Russia at the ATP Cup last week really gave me confidence,” added Karatsev, who became just the fifth qualifier to reach the last 16 of a Slam in 21 years.

He was part of the victorious Russian ATP Cup team last week along with Daniil Medvedev and Andrey Rublev who will both be in third-round action on Saturday.