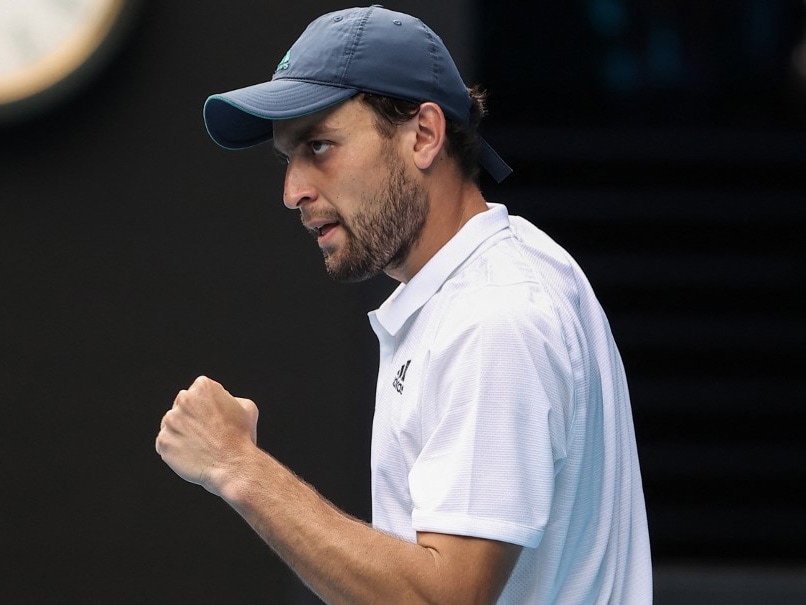 
Russian qualifier Aslan Karatsev became the first man in the Open era to reach a Grand Slam semi-final on debut Tuesday, overcoming an injured Grigor Dimitrov in four sets at the Australian Open. The 27-year-old’s dream run continued with a 2-6, 6-4, 6-1, 6-2 win against the Bulgarian on Rod Laver Arena to set up a last-four clash with top seed Novak Djokovic or sixth seed Alexander Zverev. But it was achieved against a player grimacing with pain from late in the third set.

Dimitrov called for a medical timeout and was heard on the court microphone saying he had “spasms”, with a trainer given him treatment to his lower back.

The 18th seed gamely returned but his movement was hampered as she struggled to serve and chase down returns.

“It was tough at the beginning for me to hold my nerves, but I tried to find a way to play.”

In making the last four, he became just the second qualifier to do so at the Australian Open after Bob Giltinan in 1977.

He was also the lowest-ranked man, at 114, to make the semis at a Slam since Goran Ivanisevic at Wimbledon in 2001 when ranked 125.

A virtual unknown before the tournament started, Karatsev has spent the bulk of his professional career fighting for points on the ATP Challenger Tour.

But he has played the tournament of his life in Melbourne, blitzing eighth seed Diego Schwartzmann and 20th seed Felix Auger-Aliassime on his way to meeting Dimitrov.

Dimitrov served to love to open proceedings but Karatsev fixed his radar and broke for 2-1 when the Bulgarian fluffed a forehand.

But the advantage only lasted until the next game when Dimitrov levelled then broke again for 4-2, winning five games in a row to take the opening set in just 33 minutes.

The Russian was guilty of too many loose shots and had trouble landing his forehands.

But he is a fighter and refused to go quietly, breaking for a 3-2 lead in the second on the back of a wild Dimitrov volley then breaking again to unexpectedly secure the second set.

His persistence began irritating Dimitrov, who started muttering to himself as frustrations crept in and he went 3-1 down in the third set.

The Bulgarian then began struggling as the set wore on and was barely able to serve at 1-5 before taking the medical timeout.

The 29-year-old returned but never looked like getting back in the match.