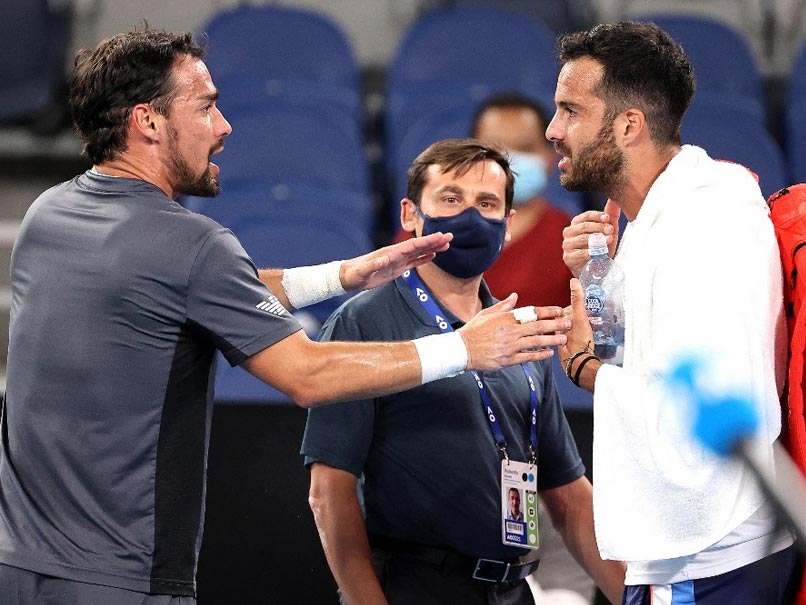 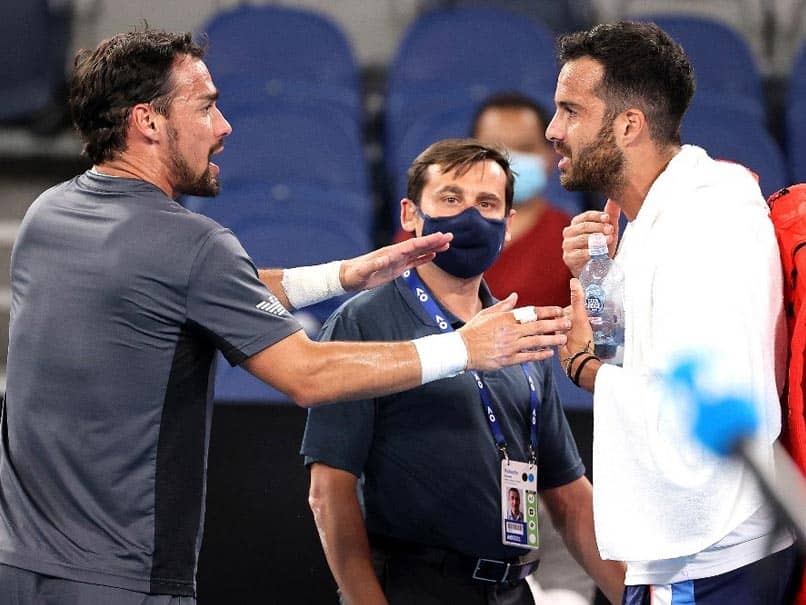 
Fabio Fognini and Salvatore Caruso had to be separated by an official during a furious argument after their five-set classic at the Australian Open on Thursday. Fognini, the 16th seed, prevailed 4-6, 6-2, 2-6, 6-3, 7-6 (14/12) in nearly four hours after a fierce battle on John Cain Arena. But rather than the traditional polite congratulations, the pair argued furiously in Italian for several minutes, gesturing and wagging their fingers. Translations of the spat suggested firebrand Fognini told Caruso — in colourful language — that he had been lucky with some close calls, which Caruso took exception to. Eventually the court supervisor had to step between the pair and tell them to cool off, with Caruso walking away and bowing to the crowd as he exited. Fognini, who battled back from 1-5 down in the deciding tiebreak, didn’t want to talk about the incident afterwards.

“We are good friends,” he said, adding that what was said on court “stays on court”.

“I have nothing to say about that question anymore,” he added.

Pressed on whether he had spoken to Caruso since the match ended, he replied: “Not yet. We’re going to speak, don’t worry.

Hockey India To Restructure Domestic Events, National Championships To Have New Format From Next Year