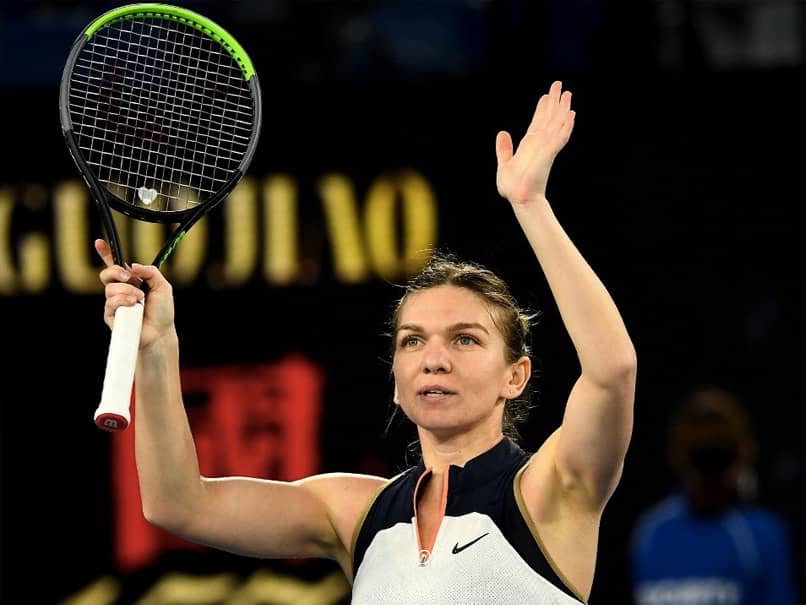 
An aggressive Simona Halep revived her stuttering Australian Open campaign Friday with a straight-sets demolition of Veronika Kudermetova in an ominous statement. The world number two served strongly and pierced the lines to overwhelm the 32nd seed 6-1, 6-3 in one hour and 18 minutes in the third round.

“It’s always tough to play an opponent for the first time and I thought my serve helped me today … I’ve improved on my serve a lot,” said Halep, who hit 21 winners and four aces.

Big-hitting Kudermetova loomed as a dangerous opponent, but it was Halep who blasted the Russian off the court in a much-needed confidence boost after she was pushed to the brink of elimination by local Alja Tomljanovic in the second round.

When Halep wasn’t hitting sizzling winners, she showcased her famed defensive prowess to rattle a misfiring Kudermetova, who was undone by 38 unforced errors.

Halep inexplicably struggled on serve early in the second set but answered every challenge in her best performance of the tournament.

Having survived a draining encounter with Tomljanovic on Wednesday, the two-time Grand Slam champion looked sharp and strong in a reminder of her credentials.

The Romanian’s seven-year streak in the top 10 is the longest active run among women and eighth all-time on the WTA.

Halep, 29, is seeking a maiden triumph at Melbourne Park having fallen short to Caroline Wozniacki in the 2018 decider and Garbine Muguruza in the semi-finals last year.

She could next face a blockbuster clash with French Open champion Iga Swiatek, who plays France’s Fiona Ferro in the third round.