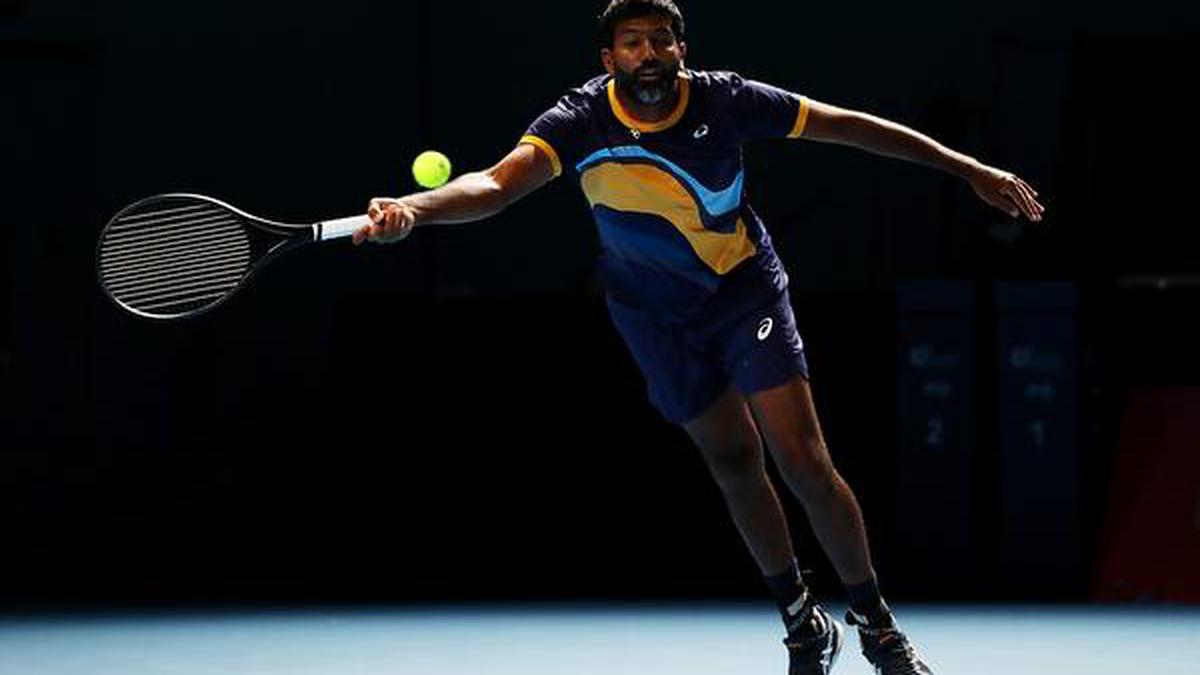 Australian Open 2021: Bopanna and Raina on playing in a bio-bubble

For those watching on television, the Australian Open 2021 was a unique experience. The sight of fans coming through the turnstiles, eating and drinking on site and enjoying some high-quality action in person were welcome changes compared to the now common empty stadia and supporter-less tournaments. For the players, too, it was a different setting, but not without big challenges. India’s best-ranked men’s doubles player Rohan Bopanna and best-ranked women’s singles and doubles player Ankita Raina share their experiences from Down Under.

It was very different to begin with. I was among those unlucky ones to have got caught in the hard quarantine after someone in my flight into Australia tested positive. That was difficult, because I had a good off season and had done a lot of work. To suddenly go into a hard lockdown, not practise and train at all, it was tough, both physically and mentally. To be inside your room 24×7 for 15 days… There was hardly even any air to breathe. There was nothing to look forward to. I could do my fitness five times a day. If I didn’t want to sleep, I need not. As an athlete, you are so used to planning, this completely throws you off. You end up losing a lot of muscles. When you get back, you have to go straight into 100 percent intensity instead of gradually building up. Not easy at all.

Of course, after the quarantine, to go out, have some people come over and watch was really nice. Bubble life, having no fans and travelling week in and week out is no fun. Of course, it is our job and we have to maintain our rankings. That kind of forces you to play. If not for that, nobody would go out to play. So, having fans definitely made a big difference, especially with the energy they brought. With regards to going around the city, if you see, India is pretty much like that now. It is slightly different in Australia. You could go out within a 5km radius from where you are staying, get a meal and come back. But while the tournament was on, there was another lockdown. So, it was like a bubble life but not a bubble life. Still, what the Australian Open pulled off was incredible, especially for a country with a hard quarantine rule. It was all so well set up.


Manas Dhamne: Ready to take on the world

Being in the bio-bubble was tough because you couldn’t step out even if the situation in the city was not bad! It’s always refreshing to step out for dinner or just have a walk around so that you can relax your mind. But that option isn’t available in these present times. So, we need to find other ways to unwind. Usually, if a player loses, at least then you get the time and chance to go out and see the city. But in a bubble, that’s not possible because of the restrictions. If you step out, it’s only towards the airport, apart from the venue and hotel! So, we were in Melbourne for more than a month. First, we had 14 days’ quarantine, where we got five hours to train and we were escorted in and out of the venue. I enjoyed my hits during quarantine with my cohort partner Francesca Jones. She was fun and quite chilled, so it was easy to plan our sessions. Also, having one of my coaches from my academy, Utsav Mukherjee, really helped and I’m thankful to him. Then, we were free to go out but didn’t get a chance really as I was a lucky loser for singles and had to be at the venue. Then, once I got into the doubles, I was preparing for that and didn’t even think about anything else! Post that, I got a day where I decided to practise for the Philip Island Trophy that began the very next day. In that week, I played finals and the next day after finals, that is, on a Saturday, I flew to Adelaide. They had a bubble there, too. So, I practised on Saturday, played my first match on Sunday, and then finally when I had my first day off since I left home on January 4, I couldn’t step out because of the bubble! So, believe me, it’s really tough travelling now.