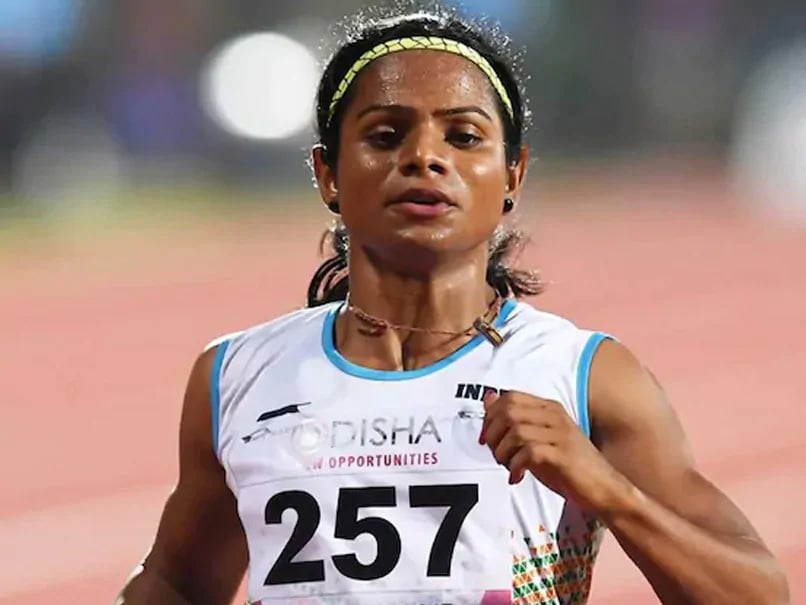 
Dutee Chand breezed to 100m victory in the Indian Grand Prix I athletics meet at the Netaji Subhash National Institute of Sports, on Thursday. Dutee, representing Odisha, won in 11.51 seconds, ahead of Karnataka’s T Daneshwari (11.86) and Maharashtra’s Diandra Dudley Valladares (11.97). The 25-year-old Dutee, the national record holder in the event with 11.22, is yet to qualify for the Tokyo Olympics. The qualification time for Tokyo Games is 11.15 seconds. It was the first national-level track and field event for seniors’ meet since the National Open Athletics Championships in Ranchi in October 2019.

With the cream of Indian athletics gearing up for the AFI Federation Cup to be held here next month, the Grand Prix I showed that the athletes were in good fettle.

Some personal best efforts from the athletes were evidence of the good shape they are in ahead of tougher competitions coming up in their bids to qualify for the Tokyo Olympics.

Kerala’s Muhammad Anas Yahiya, the leading 400m runner in the country, took part in the 100m event and finished a creditable second in 10.70 seconds, two-hundredths of a second behind Krishnakumar Satish Rane (Maharashtra).

Arokia Rajiv (Tamil Nadu) showed a good turn of speed in the men’s 200m, winning the B race in 21.40 seconds to edge out Shashank Shinde (Chhattisgarh) as the fastest over the distance on Thursday.

Shashank Shinde stopped the clock at 22.21 seconds in the A race after Noah Nirmal Tom (Kerala) pulled up injured inside the first 25m.

Long jumper Yugant Singh (Uttar Pradesh) marked his return to competitive athletics after four years with a personal best leap of 7.62m to edge out Haryana’s Sahil Mahabali who had taken the lead after two rounds with a 7.59m effort.

The 23-yer-old Yugant Singh’s previous best was 7.58m, back in the National Open Championship in September 2015.

The women’s long jump competition also saw a personal best for Marena George. The 25-year-old heptathlete had a best effort of 6.11m on her second try to improve on her previous best of 6.01m.

MR Poovamma (Karnataka) did well to beat fellow national camper Kiran Pahal (Haryana) by more than a second in the women’s 400m. Through the year 2019, she had only four faster races than the 53.45 seconds she clocked on Thursday.

Ayyasamy Dharun, who has a personal best of 48.80 seconds in the 400m hurdles, warmed up for the season ahead with a victory in 51.33 seconds. He held back a challenge from Uttar Pradesh’s Aftab Alam, winning by a mere three-hundredths of a second.

Is The Origins The Best Gaming Table Ever? | Videos