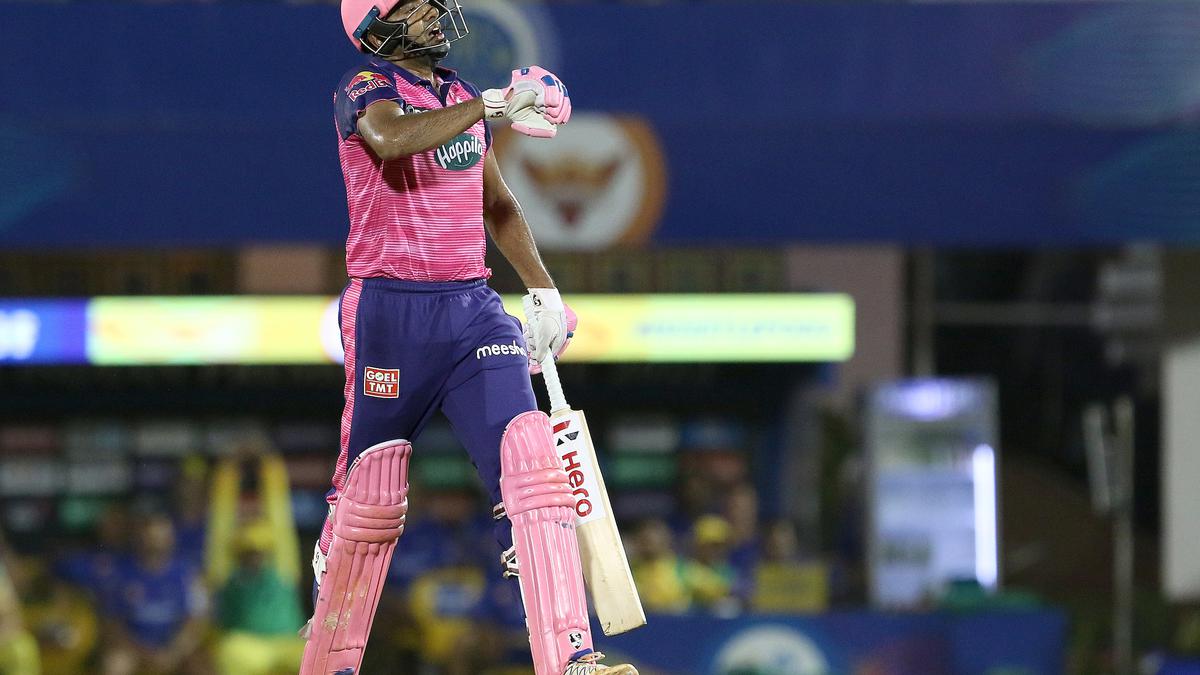 Ashwin on chest-thump celebration: Brought out the David Warner inside – SportsDicted

Ravichandran Ashwin’s emotionally charged innings guided Rajasthan Royals to a five-wicket win over Chennai Super Kings in an IPL 2022 match at the Brabourne Stadium in Mumbai on Friday.

Ashwin’s unbeaten 40 off 23 balls, with two fours and three sixes, guided Royals home after an initial wobble. The Royals have been using Ashwin as a floater this season and the move paid off against CSK in their last league game of the season.

With Rajasthan four down for 104, Ashwin walked out to the middle and steadied the chase before targeting specific bowlers. He used the sweep shot effectively against leg-spinner Prashant Solanki and put the cut shot to good effect against the pace of Matheesha Pathirana, who bowls with a slingy action reminiscent of Sri Lankan great Lasith Malinga.

“The communication was pretty clear before the tournament. I had to work on a lot of stuff. The team management was clear with my position,” Ashwin said after the match. “I know what my role is. I have always believed I understand the game well. I am quite innovative.  I want to play my A game. I am glad to make it to the playoffs and super pleased.”

Asked about the chest-thump celebration, Ashwin said: “I just brought out the David Warner inside (laughs).”

Ashwin also played his part with the ball, picking 1 for 28.

Earlier this season, in the game against Lucknow Super Giants at the Wankhede Stadium, Ashwin became the first batter in IPL history to be dismissed retired out.

Ashwin was on 28 off 23 when he walked off, allowing Riyan Parag to join Shimron Hetmyer in the middle. Hetmyer struck 59 off 36 as RR finished on 165 for 6.

Only four batters, including Ashwin, have been dismissed retired out in T20s. Shahid Afridi for the Pakistanis, S Tobgay of Bhutan and Sunzamul Islam of Cumilla Warriors round up the list.

Retired out is a tactical move. Once retired out, a batter cannot come back, unlike retired hurt, where a batter can return to the middle.