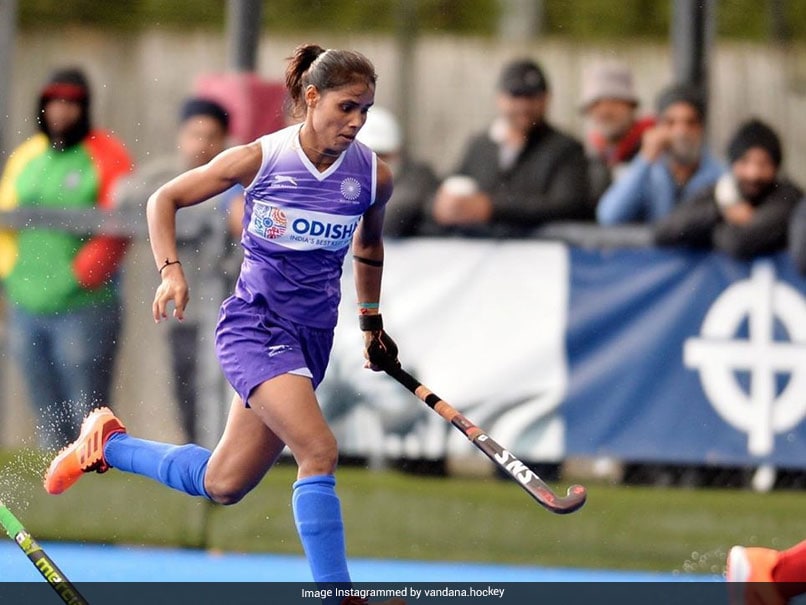 
Indian women’s hockey team players Vandana Katariya and Monika are elated after being nominated for the Arjuna Awards and believes that this recommendation will motivate them to push harder. Hockey India on Tuesday announced the nomination, Indian women’s team captain Rani Rampal for the prestigious Rajiv Gandhi Khel Ratna Award while her compatriots Vandana Katariya, Monika and Harmanpreet Singh have been nominated for the Arjuna Award.

“It’s amazing to be nominated for the Arjuna Award. I am sure this nomination will be a huge motivation factor for us in the upcoming years. I couldn’t have performed at my best if I didn’t have wonderful teammates. They have always been on my side and the entire credit for my performances goes to them. It was fantastic to know that Rani has been nominated for the Rajiv Gandhi Khel Ratna Award,” Vandana said.

“I would like to congratulate her for the nomination, and Monika and Harmanpreet for being nominated for the Arjuna Award,” she added.

The 28-year-old forward said the Indian women’s team has a very balanced squad and is very confident of performing on the big stage.

“We are certainly moving in the right direction at the moment. The balance of the side is brilliant and we have to just keep moving forward. The confidence of our team is high and I am sure we will be able to put up good performances on the big stage. We are evolving very well as a team and have a great mindset at the moment,” said Vandana.

Vandana who has over 200 international caps and Monika with 150 international caps have played key roles in the Indian team’s sensational wins in 2019 which include the FIH Series Finals in Hiroshima, Tokyo 2020 Olympics Test Event and the FIH Hockey Olympic Qualifiers in Bhubaneswar. Monika expressed that she is extremely honoured to be nominated for the Arjuna Award.

“The nomination will surely motivate me to perform even better for my team. We produced fantastic results in 2019 and hopefully, we will continue our form once we start playing matches,” she added.

The 26-year-old added that the Indian women”s team will give everything to record a great result at the Olympics next year.

“All of us have only one goal and that is to do well at the Olympics. We have fine-tuned many of our skills in the recent past and we are ready to give everything we have to put up excellent performances at the quadrennial event next year. We have a good balance of experience and youth in our team and we are technically sound as well. We are eager to do well for our country,” the midfielder said.