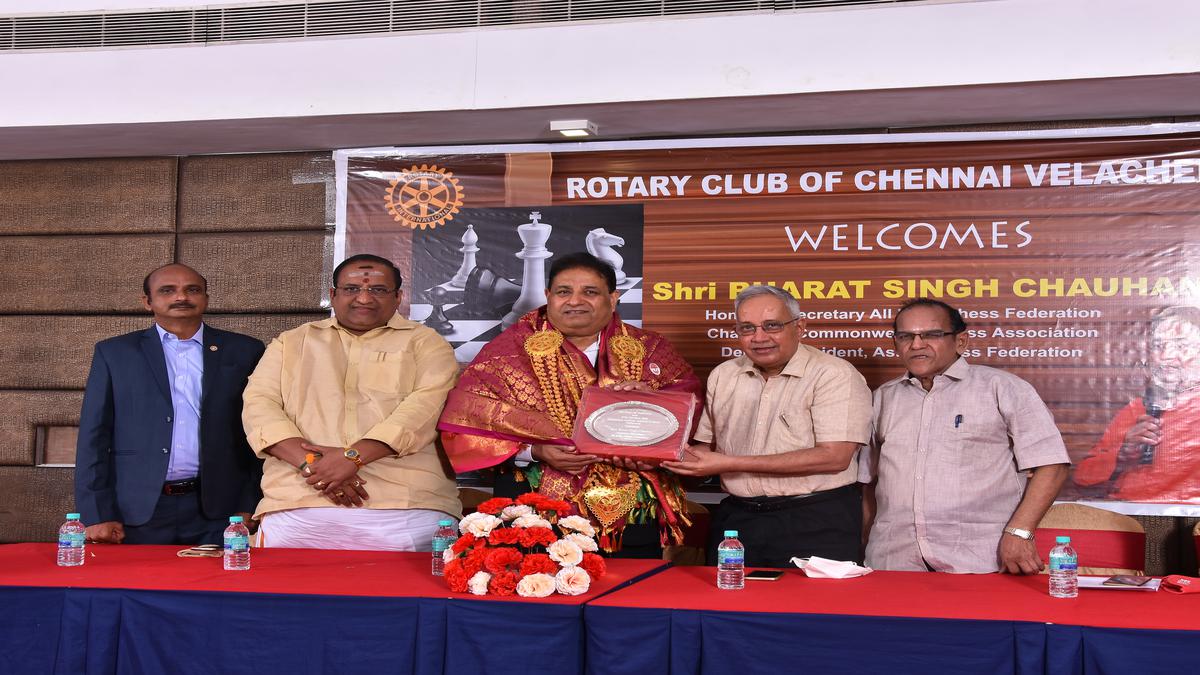 Since assuming charge as the new secretary of All India Chess Federation (AICF), Bharat Singh Chauhan has pressed all the right buttons of diplomacy. Recently, he had personally met in Chennai the key people – those whom he defeated in the AICF elections last month.

On Wednesday, Bharat felicitated quite a few Grandmasters and International Masters and coaches from the city at a function, organised by Rotary Club of Velachery, to felicitate the 61-year-old administrator from Delhi. Actually, it was the initiative of Grassroots Chess Promotion to honour all the chess players and coaches.

While AICF announced its plans of starting a Chess League and hosting an Olympiad among others, Bharat said AICF is looking at Kerala, Goa and Delhi as possible destinations for the biennial event.

On the details of the proposed Chess League, Bharat said an announcement on the League will be made in six months time. “It is in the preliminary stage. Within six months, we should be able to come out with the announcement,” he said while adding that the AICF calendar will be out in 20 days.

The previous AICF administration came under heavy criticism for not being player friendly. Bharat said this time it will be anything but anti-player. “In the AICF Central Council, there is 40 per cent players in it while the Government requirement is [only] 25 per cent. We have eight Internationally-rated players. We are going to be player-friendly,” Bharat told Sportstar. “And there are a lot of GMs such as N. Srinath, [Abhijit] Kunte, Lalith Babu, Pravin Thipsay. Moreover, there is trainer commission and a players grievances cell. Players are playing a major role.”

While most of the States have been favourable to the current team of AICF, the Tamil Nadu State Chess Association (TNSCA) is among a few Associations that backed the team that lost in the AICF elections. However, Bharat said it is not going to affect the functioning of AICF. “[AICF] elections are over. I met them [TNSCA]. We are in regular touch. We are part of a family. We will work together,” he said.

On whether D. V. Sundar – who was nominated by FIDE as its vice-president – will continue, Bharat said he will complete his team. “He [Sundar] is nominated for four years from 2018-22, he will be there,” he said.

Player of the Year award will motivate me for Olympics: Manpreet Singh